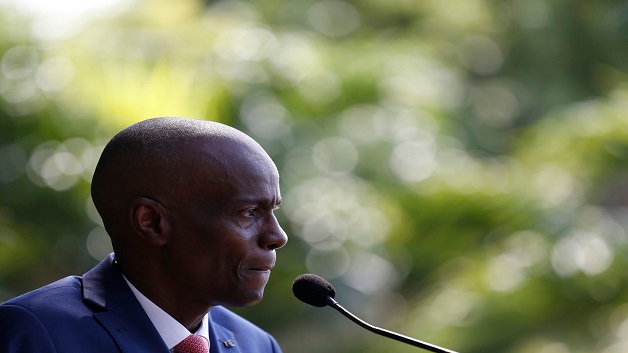 President of Haiti, Jovenel Moïse, broke his silence yesterday and said it would be irresponsible for him to resign amid Haiti’s unrest, which has entered a fifth week of deadly protests that have paralyzed the economy and shuttered schools.

Moïse was quoted by Caribbean Media Corporation as saying, during a surprise news conference at the National Palace that he was constitutionally elected and would relinquish power only through a legal process like elections.

His speech was directed in part at thousands of protesters angry over corruption, inflation that has hit nearly 20% and the dwindling of basic supplies including gasoline. Joining the call for the president’s resignation are business groups, church leaders and human rights organizations.

Moïse reiterated that he is open to any negotiations leading to a peaceful resolution of the political crisis, saying that the opposition should agree to a dialogue with his government to address the country’s problems.

“However long it takes, I am ready for dialogue. We don’t want to have another 1986,” Moïse said, referring to the year that then President Jean-Claude “Baby Doc” Duvalier fled Haiti following lengthy demonstrations against his regime.

During his speech, Moïse said Haiti is “worse off” than it was from 2004 to 2015, the years following the ouster of President Jean-Bertrand Aristide.

Opposition leaders immediately rejected Moïse’s bid for talks, saying his offer was “not credible” as they called for more street protests to force his resignation.

Moïse spoke on the day that the U.N.’s Mission for Justice Support in Haiti ended its mandate, marking the first time since 2004 that there is no U.N. peacekeeping operation in Haiti. The U.N. Integrated Office in Haiti will take its place and play an advisory role.

As the peacekeeping operation wrapped up, the United Nations appealed to the Haitian people for political dialogue, an end to violence and compromise, saying that is the only way to resolving the political crisis.

Jean-Pierre Lacroix, the U.N. peacekeeping chief, told the Security Council that progress since 2004 had been “considerable but the achievements of stability are still fragile and must be deeper rooted in democracy and development.”

Lacroix said “mistrust is making compromise difficult” but forming a unity government as Haiti’s president called for “may well provide a way forward to lasting political solutions that are desperately needed.”

The last time Moïse spoke publicly was nearly three weeks ago during a 2 a.m. televised address, which further angered Haitians demanding a change in government.

After his speech, a couple hundred protesters marched through the capital of Port-au-Prince, while others watched as artists painted murals memorializing victims under a bridge that has served as the starting point for demonstrations.

Caribbean passengers delayed at JFK after flood and storm backlog