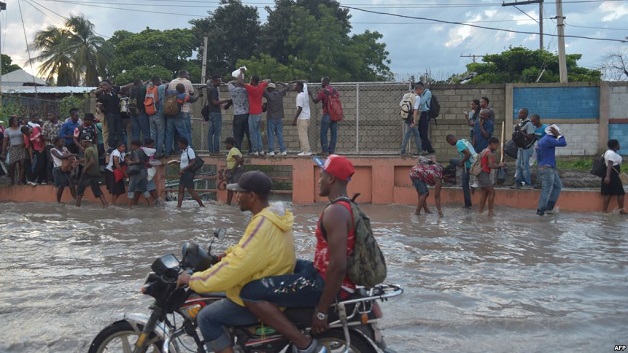 The terminal at the Haitian capital’s international airport has been flooded after a sustained downpour transformed some low-lying Port-au-Prince streets into brown rivers.

According to the Associated Press, videos circulating on social media show passengers up to their ankles in water inside Toussaint Louverture International Airport in Port-au-Prince.

In a statement, Mehu apologized to travellers for the “disturbing situation.” He indicated that no flights were grounded by the deluge, saying “all services of the airport operate as usual.”

It was not immediately clear if there were any deaths or injuries in the crowded capital from the latest spring rains.

Fisherman’s Day activities to be launched on Friday May 10