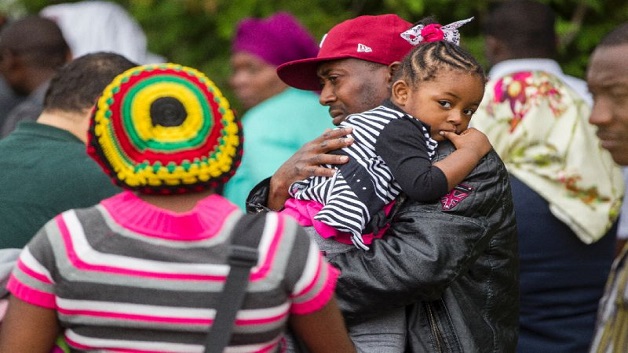 Haiti’s foreign minister is set to meet Quebec’s top immigration official today to discuss the flow of refugees from his country arriving in Canada from the United States.

The number of Haitians fearing expulsion from the United States has surged in recent weeks on Canada’s southern border, with requests for asylum tripling since mid-July, officials say.

The wave of Haitians stems from their loss of “temporary protected status” in the United States, which was granted to 60,000 Haitians after the Caribbean nation was devastated by a 2010 earthquake.

The US special status has been extended for six months, but is due to expire at the end of the year.

Haitian Foreign Minister Antonio Rodrigue, on a visit to Montreal along with the minister for Haitians living abroad Stephanie Auguste, at a press conference yesterday expressed their thanks “to the Canadian government, the provincial government of Quebec and the mayor of Montreal.”

Since late July, more than 2,500 Haitians have fled the United States seeking asylum in Canada, crossing the border into the Francophone province of Quebec. The flow continues at a steady pace, according to Canadian officials.

Trump will not participate in impeachment hearing, White House says