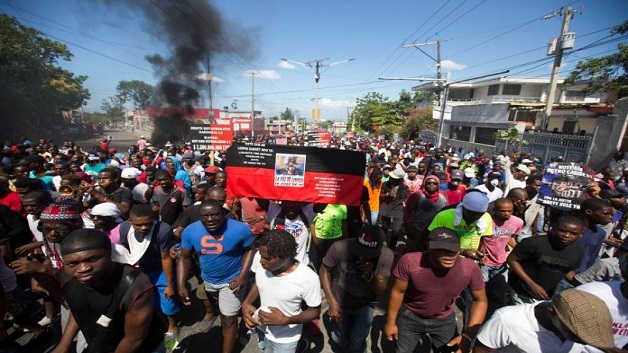 The cabinet chief and the secretary general of the presidency were removed from office along with 15 government advisers, an official announcement said.

“To have a healthy process, the president has decided to rid the environment of people linked to Petrocaribe without admitting they are guilty of anything,” the Prime Minister said at a news conference.

“The courts will say who is guilty and who is not.”

The move came five days after tens of thousands of people took to the streets in Port-au-Prince and other cities to protest corruption.

Investigations by the Haitian Senate in 2016 and 2017 concluded that nearly US$2 billion from a Venezuelan aid program called Petrocaribe were misused.