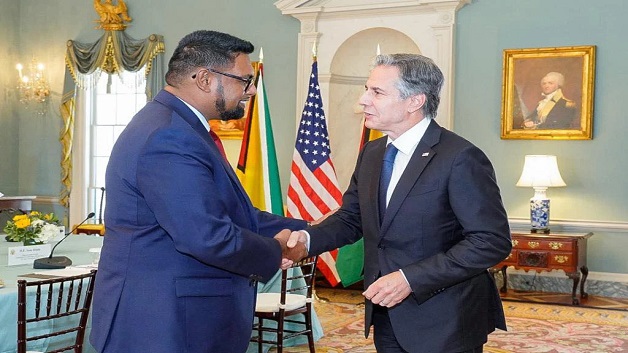 The talks focused on food security, energy security and access to development financing. These were three short-term areas of corporation that the US-Caribbean committee, which was launched by the Biden-Harris Administration at the Summit of the Americas, had identified for urgent attention.

Ali described the teleconference meeting as “refreshing” as it confronted “the big issues”.

“This conversation with the Vice President and President started at the Summit of the Americas. It has advanced rapidly. So, I will say that our conversation [yesterday] was refreshing. It was beneficial both to Guyana and the US and CARICOM. It confronted the big issues, it was very frank and open, very respectful and it outlines the vision and supports the vision that I’ve been talking about,” Ali said.

Ali noted the exchange was necessary for advancing the relations between the two countries.