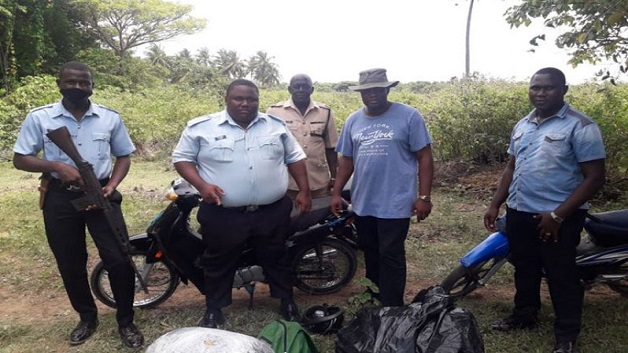 Officers of the Customs Anti Narcotic Unit (CANU) in Guyana have found millions of dollars worth of cannabis hidden near the sea dam in Berbice.

According to a report, on November 22, CANU Officers conducted an operation on the sea dam in # 78 Village Corentyne Berbice.

A thorough search of the area revealed several parcels of suspected cannabis hidden behind a wooden structure located on the said sea dam.

Officers made checks around the area in an attempt to identify and apprehend the individuals but were unsuccessful.

The suspected narcotics were taken to CANU’s Skeldon Office, Corentyne Berbice, where it tested positive for cannabis, weighing a total of 79.6 kg, with a street value of approximately GUY $10 million.