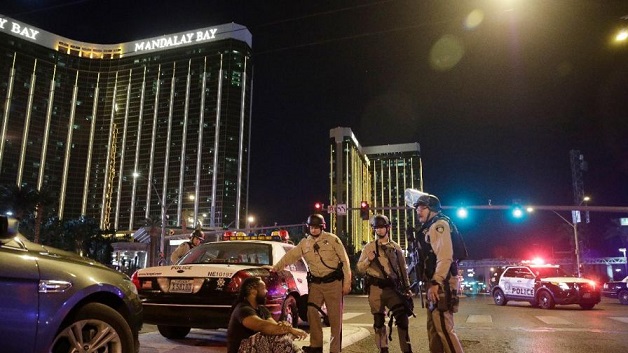 At least 58 people have been killed and hundreds injured in a mass shooting at a Las Vegas concert.

A gunman, named as 64-year-old Nevada resident Stephen Paddock, opened fire from the 32nd floor of the Mandalay Bay Hotel towards an open-air music festival attended by 22,000 people.

He killed himself as police stormed the room where 10 guns were found.

In an address from the White House, President Donald Trump described the attack as “pure evil”.

According to BBC News, he praised the efforts of the emergency services, saying their “miraculous” speed saved lives, and announced he would be visiting Las Vegas on Wednesday.

The attack is the worst mass shooting in recent US history.