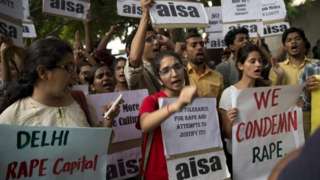 The rapes of two young children have sparked anger and concerns over the authorities’ continuing failure to protect women and children in India’s national capital, Delhi.

According to BBC news, police said two 17-year-old boys were arrested on Sunday in connection with the rape of a two-and-a-half year old girl in west Delhi.

Separately, three men were arrested over the gang rape of a five-year-old in the east of the capital city.

The “gruesome” acts have once again brought the issue of women and children’s safety in the spotlight.