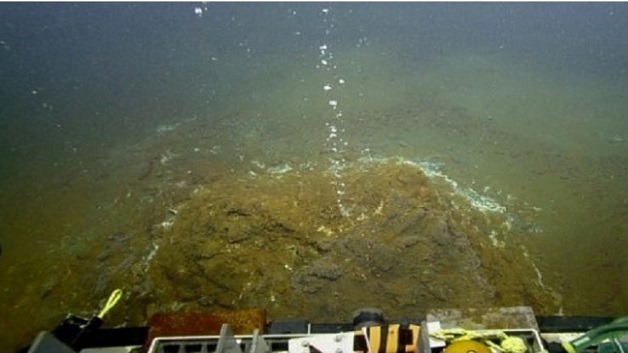 The National Disaster Management Agency (NaDMA) has told Grenadians that they should expect more eruptions of the underwater volcano, Kick em’ Jenny as it reported “increased activities” on Wednesday.

In its latest advisory bulletin, NaDMA said it continues to collaborate with the Seismic Research Centre of the St. Augustine campus of the University of the West Indies to monitor activities at the underwater volcano that became active over the last weekend.

“Volcanic episodes at Kick em’ Jenny, since 1939, usually consist of several eruptions lasting over several days before returning to repose; therefore, further eruptions should be expected in this episode,” the agency said, adding “there have also been a number of felt reports.”

“It would be useful for those in coastal areas to be on the lookout for unusual material that might be ejected from last evening’s eruption, the National Disaster Management Agency said, adding that the Seismic Research Centre will continue to monitor and update as activity warrants.”

The National Disaster Management Agency said the alert level remains at YELLOW and that vessels should observe a 1.5 kilometers exclusion zone.

It also urged the general public to be responsible about the use of social media on the matter.