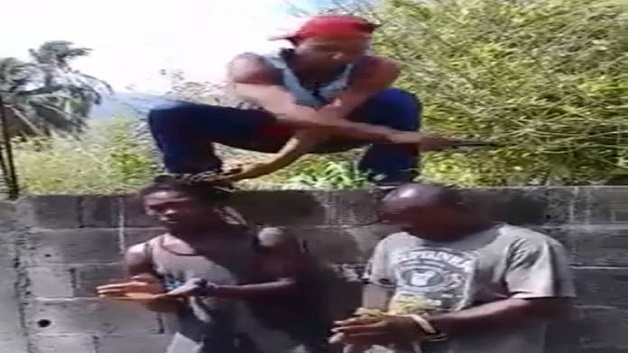 Startling footage of Grenadians being held hostage in Venezuela has gone viral via social media.

First reported by Grenadian journalist, Mikey Hutchinson, on his Facebook and media website, the video shows two men reported to be Grenadians being held at gunpoint by a man brandishing a handgun standing over them, pistol whipping them as he teases them.

Another man can be heard in the background speaking both English and Spanish to the men and the persons that the video threat was directed to.

Another person was also named by the kidnappers in the video when they were asking for assistance and the payment of the ransom, but the name could not be determined.

Sources indicate that Cobra and Africano are from the islands of Carriacou, Grenada, and Union Island, St. Vincent, respectively and may be involved in the trafficking of illicit drugs and narcotics.

The Grenadian authorities are said to be investigating this incident.