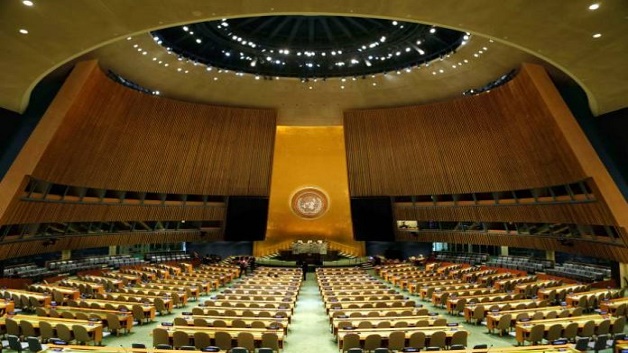 The United Nations said it has added Grenada and Dominica to the list of countries, which also includes Suriname and Venezuela, banned from voting in the UN General Assembly because their failure to pay outstanding dues and contributions.

“Member states who are in arrears of an amount that equals or exceeds a contribution due for two years can lose their vote in the General Assembly,” UN spokesperson Stephane Dujarric said in a statement last week, referring to the UN Charter’s Article 19.

“An exception is allowed if the state can show that conditions beyond its control contributed to the inability to pay.”

There are a total of eight countries barred from voting in this UN General Assembly session: The Central African Republic, Dominica, Equatorial Guinea, Grenada, Libya, Suriname, Venezuela and Yemen.

In a recent press statement, the Grenada government announced that it had in fact paid the UN up to date and called for the UN’s payment systems to reflect this.

However, no explanation was forthcoming from the government as to why the payments had not been made in a timely manner.

Meanwhile, Dominica has not released any official word on its commitment to pay the outstanding UN arrears. However, extraordinary circumstances surrounding the recovery efforts after 2017’s Hurricane Maria impact may be a factor in its decision to delay payment.