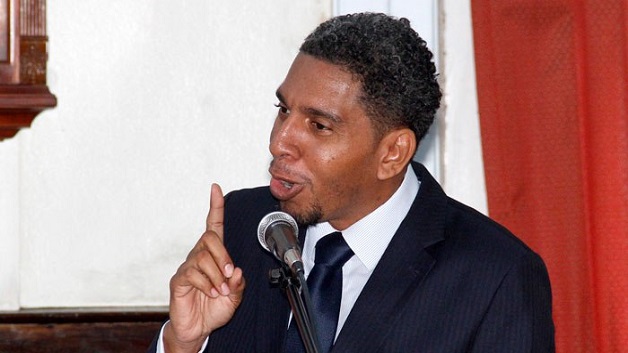 The government of St. Vincent and the Grenadines has announced plans to ‘severely’ curtail the free availability of single use plastic bags in supermarkets and other retail centers.

This is being done as the government continues its thrust towards ensuring environmental sustainability in this country.

Speaking in the House of Assembly on Monday during his delivery of the 2018 National Budget Address, Minister of Finance, Camillo Gonsalves who also has responsibility for Sustainable Development said the government intends to promote the use of reusable or recyclable bags.

Meanwhile, Minister Gonsalves expressed satisfaction with the level of implementation of the Styrofoam Ban here.

The Minister of Sustainable Development said “though not perfect he is proud of the level of implementation thus far”, and expressed thanks to the business sector and consumers for their willing acceptance of this measure.

In addition, Minister Gonsalves disclosed plans for the implementation of several other measures aimed at protecting the environment, especially our coastal areas.

These he said will include limiting Phosphate runoff by “incentivizing the importation of Phosphate free detergents, which is less damaging to aquatic life,” and regulating the manner in which refuse and gray water is disposed by businesses and residences, particularly in the vicinity of coastal areas.

The Opposition New Democratic Party calls on the Government to return to the bargaining...

Guyana’s President orders inquiry into plot to kill him

Trinidadian on gun and drug charges in Barbados