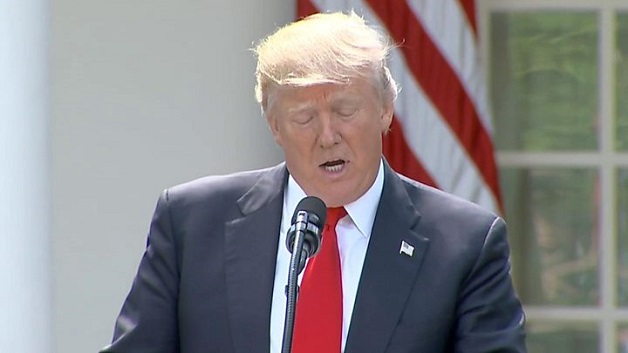 There has been widespread international condemnation of President Donald Trump’s decision to withdraw the US from the 2015 Paris climate agreement.

German Chancellor Angela Merkel called the move “extremely regrettable”. She defended the accord, saying: “Nothing can and nothing will stop us.”

Mr. Trump said he was prepared to discuss a new deal, but key signatories to the accord quickly ruled that out. He said the deal “punished” the US and would cost millions of American jobs.

The Paris agreement commits the US and 187 other countries to keeping rising global temperatures “well below” 2C above pre-industrial levels and “endeavour to limit” them even more, to 1.5C.

The UN World Meteorological Organisation said today that, in the worst scenario, the US pullout could add 0.3C to global temperatures by the end of the century.

National Zika Symposium to be held here this week