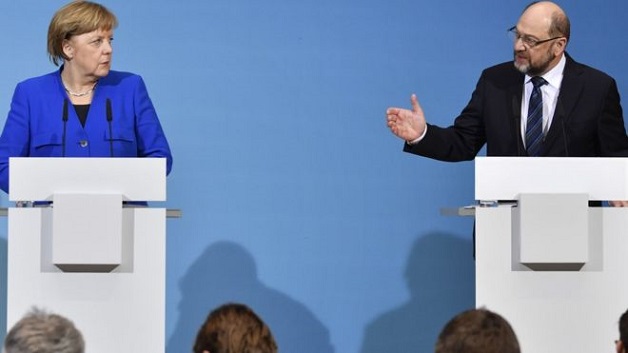 German politicians have achieved a breakthrough in talks aimed at forming a new coalition government.

A blueprint for formal negotiations was agreed between Chancellor, Angela Merkel’s Christian Democrats and their former coalition partners, the Social Democrats.

Politicians stayed up all night to discuss the 28-page document, with the talks lasting more than 24 hours.

But they managed to reach agreement on key sticking points such as migration.

According to the BBC, they plan to limit asylum-seeker arrivals to about 200,000 annually.

The blueprint also speaks of capping at 1,000 a month the number of migrants who will be allowed to join their family living in Germany.

132 candidates, are contesting the September 7 general election in TNT