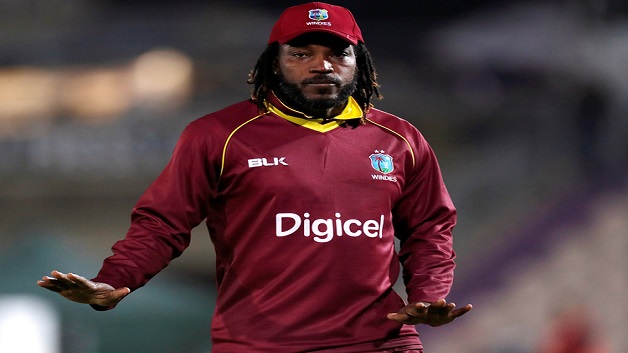 Talismanic West Indies opener Chris Gayle has been named vice-captain for the upcoming World Cup, which is expected to be his swansong from the One-Day format.

Cricket West Indies announced yesterday that the 39-year-old would serve as Jason Holder’s deputy for the May 30 to July 14 World Cup, while young stroke-maker Shai Hope will be vice-captain for the ongoing Tri-Nations Series in Ireland which started on Sunday and will wrap up on May 17.

Gayle, the most experienced player in the Windies World Cup squad, is a former West Indies captain, having led the Caribbean side in 53 One-Day Internationals and 20 Tests between 2007 and 2010.

The left-hander, who has featured in 289 ODIs and scored 10,151 and 25 hundreds, earlier this year, signalled his intention to retire following the World Cup.

According to CMC News, Gayle was quoted as saying “It is always an honour to represent the West Indies in any format and this World Cup for me is special.”

Ceremonial sitting of the Caribbean Court of Justice to be held in SVG to...

US considers limit on green cards for immigrants on benefits

Children over the age of 8 in T&T caught not wearing masks to face...