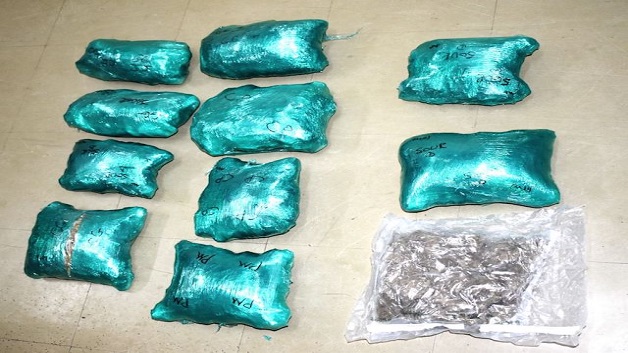 The police in Antigua seized over seven pounds of marijuana at the V.C. Bird International Airport yesterday.

It is the fourth drug bust at the airport in recent days.

A report by the Antigua Observer said that officers attached to the Narcotics Department and K-9 Unit were conducting one of their routine inspections at Customs Bonded Warehouse, when one of the K-9 dogs detected 11 packages of cannabis hidden in a bedsheet set.

The substance weighed a total of seven and three-quarter pounds and carries an estimated wholesale value of $31,000.

Harsher penalties coming for owners of dogs that attack persons

SVG Government and Rainforest Seafoods of Jamaica to sign agreement for construction of US$3.5m...