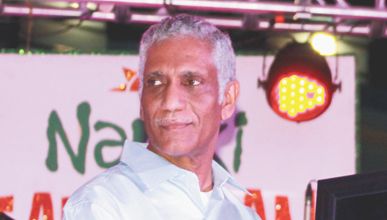 Vincentian Frankie Mc Intosh musician, arranger, composer, and teacher was nominated for the 2015 SUNSHINE AWARDS hall of fame and will be inducted at the 27th annual SUNSHINE AWARDS scheduled for Saturday October 3 2015 in new York city.

In 1968 Frankie Mc Intosh migrated to the United States to pursue a degree in music at the Brooklyn College in New York. He also completed a master degree at the New York University in 1978.  Frankie Mc Intosh produced and arranged for big names like Winston Soso, Becket, the mighty Duke, the mighty sparrow, calypso rose, arrow, john king, the explainer, short shirt and king obstinate.

The SUNSHINE AWARDS aims are to recognize excellence in the performing arts, education, science and sports.

Fish fest to be held in Barrouallie today