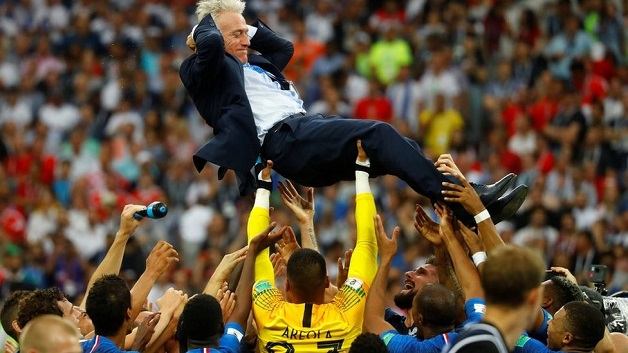 France defeated Croatia 4-2 in the final in Moscow yesterday – the country’s second World Cup in 20 years.

Crowds of fans gathered at Paris’ Charles de Gaulle airport today to give the team a hero’s welcome.

The players will be honoured with a parade on the Champs Elysees and a presidential reception.

After the monumental drama provided by both men’s semi-finals, the two longest in Wimbledon history, the showpiece proved something of an anti-climax as Djokovic ended a two-year Grand Slam title drought.

SVG poised to join the world blind union in 2020