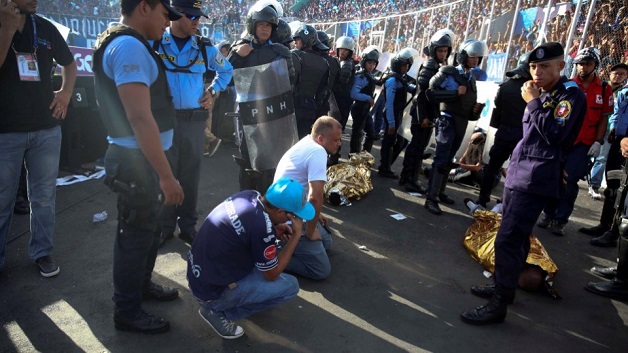 At least four people are believed to have died and many others injured in a stampede at a game in Honduras.

The incident occurred at a sold-out match between Motagua and Honduras Progreso in the Honduran capital.

News agency Associated Press reports that a police statement claimed too many tickets had been sold.

But Motagua denied too many tickets were sold and said they warned “responsible authorities immediately that fake tickets were being circulated”.

They said the fake tickets “enabled people to enter the stadium illegally to watch the final – people who apparently occupied seats that were not theirs, forcing others to leave the area”.