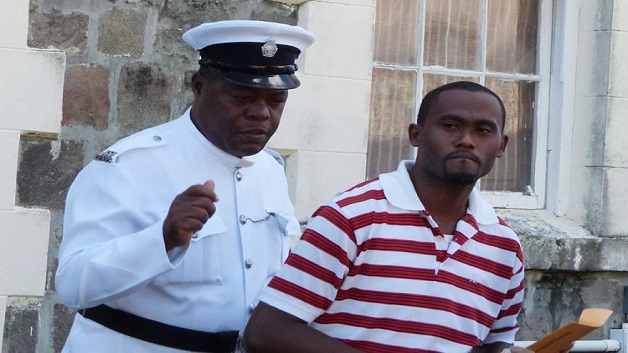 A High Court judge on Friday sentenced a former police officer to 45 years in jail after he was found guilty last month of having sex with a 12-year-old girl to whom he had given a ring and a cell phone.

But, 32-year-old Eugene Noel, who maintains his innocence, will only serve 30 years in jail as some of the sentences will run concurrently.

“I am very disappointed personally with the conviction and I am here to tell the public…I am going to appeal my matter before the Appeal Court… prior to that I will be making an application for a stay of the sentence and conviction,” Noel told the Caribbean Media Corporation (CMC) as he was being led away from the court.

“I am innocent of this matter and I have to prove it,” he added.

Justice Brian Cottle imposed the jail term on Noel during a sentencing hearing in which the convicted man challenged his conviction and accused the jury of not considering all the facts in the case.

He continued to deny the child’s claim and told the court of his practices during sex, saying that they differ significantly from the girl’s account.

Noel also used the sentencing hearing to attack the media, saying that media reports after his conviction had referred to past accusations against him of similar nature.