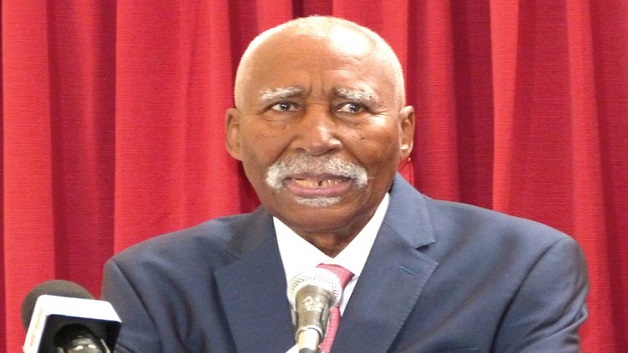 Making the announcement was Prime Minister Dr. Ralph Gonsalves, while speaking on Xtreme FM this morning.

Sir Frederick was appointed  Governor-General of Saint Vincent and the Grenadines from 2002 to 2019.

Having been nominated to the position by the country’s Prime Minister, Ralph Gonsalves,Sir Frederick replaced Dame Monica Dacon, who had been acting governor-general since the death of Sir Charles Antrobus in June 2002.

Later in the year 2002, in connection with his new appointment, he was created a Knight Grand Cross of the Order of Saint Michael and Saint George by Queen Elizabeth II.

In June 2009, Mr. Ballantyne was also awarded a Doctor of Science (D.Sc.) degree by the University of the West Indies (UWI), as one of sixteen regional figures being recognized for their contributions with honorary degrees.

He was also a trained cardiologist and former Chief Medical Officer of the country.

Mr. Ballantyne passed at his residence, after ailing for some time.

The management and staff of We FM Radio, extends sincere condolences to the family of the late Sir Frederick Ballantyne.

VINLEC technicians to travel to Anguilla to aid with rehabilitation efforts in wake of...