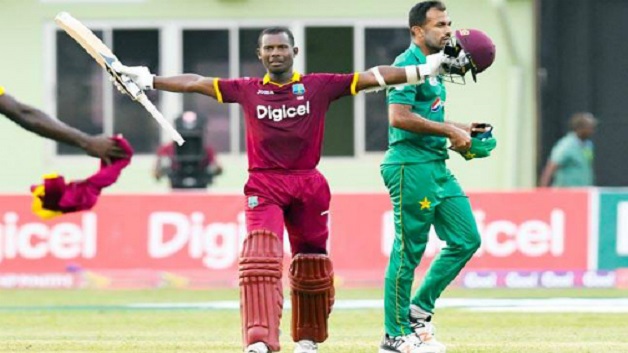 Jason Mohammed’s form in the just-concluded three-match series against Pakistan has seen him vault up the International Cricket Council (ICC) one-day batting rankings.

In the latest ratings announced by cricket’s world governing body on Wednesday, the 30-year-old Mohammed had jumped a whopping 86 places to a career-best 93rd spot.

The right-hander was the West Indies’ leading batsmen in the three-match series in Guyana with 151 runs at an average of 75. He struck a brilliant career-best unbeaten 91 in the opening ODI as West Indies chased down over 300 for the first time in their history.

He also notched 59 in Tuesday’s six-wicket loss, a knock that marked his fourth half-century in six one-dayers, following his brace in last month’s three-match series against touring England.

In the bowling department, the Windies pair of off-spinner Ashley Nurse and fast bowler Shannon Gabriel also managed to make healthy moves up the rankings.

Nurse led the Caribbean side’s attack with six wickets at 25 apiece to climb 26 places to 62nd while Gabriel, who finished with four wickets, jumped 29 spots to 73rd.

A Hurricane Watch is now in effect for St. Vincent and the Grenadines