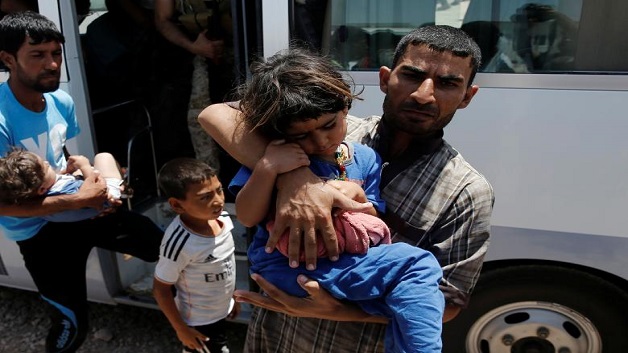 Hundreds of people have fallen ill and a child has died of suspected food poisoning at a camp for displaced people near the Iraqi city of Mosul.

People were said to be vomiting and suffering dehydration after an iftar meal, to break the daily Ramadan fast.

The Hasansham U2 camp, between Mosul and Irbil, houses people displaced by an Iraqi offensive to capture Mosul from Islamic State (IS).

According to BBC News, the UN refugee agency, UNHCR, said in a statement that around 800 cases had been recorded, 200 of whom were taken to hospital.

One woman receiving treatment told the agency: “We felt stomach pains as soon as we ate. We felt we couldn’t breathe and then saw that our neighbours were all suffering at the same time.”