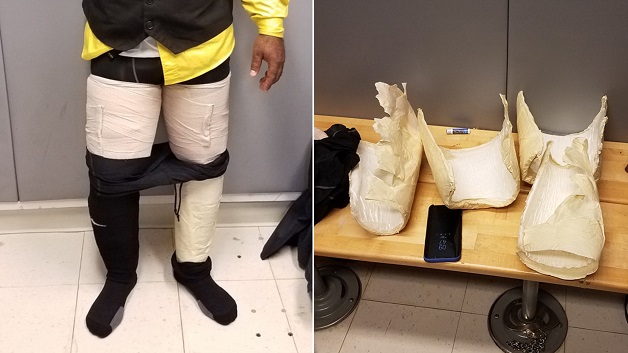 A Fly Jamaica airways crew member who attempted to smuggle US$160,000 worth of cocaine into the country, is facing US federal narcotics smuggling charges.

Hugh Hall, a Jamaican, was arrested last week after Customs and Border Protection (CBP) officers found four packages of the drug under his pants.

According to a CBP spokesperson, Hall had approximately nine pounds of cocaine taped to his legs.

It is reported that Hall, a flight attendant, arrived at the airport on March 17, on a flight from Montego Bay, Jamaica “and presented himself for inspection”.

The CBP said Hall was escorted to a private search room where officers discovered four packages taped to his legs, all of which contained a white powder that tested positive for cocaine.

Hall was arrested for the importation of a controlled substance and was turned over to US Homeland Security Investigations. He will be prosecuted by the US Attorney’s Office in the Eastern District Court of New York.