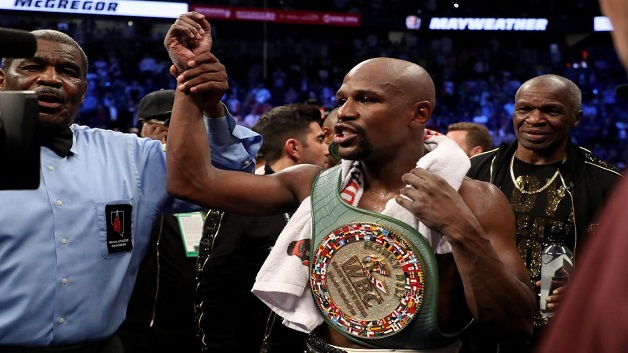 Floyd Mayweather beat Conor McGregor with a 10th-round stoppage in a much-hyped fight that is expected to be the most lucrative in boxing history.

But McGregor, age 29, looked to tire before the referee called time on the Irishman in Las Vegas.

It saw the former five-weight world champion extend his record to 50-0.

Mayweather, who came out of retirement to face McGregor, added: “This was my last fight, for sure. I chose the right dance partner. Conor McGregor, you are a hell of a champion.”