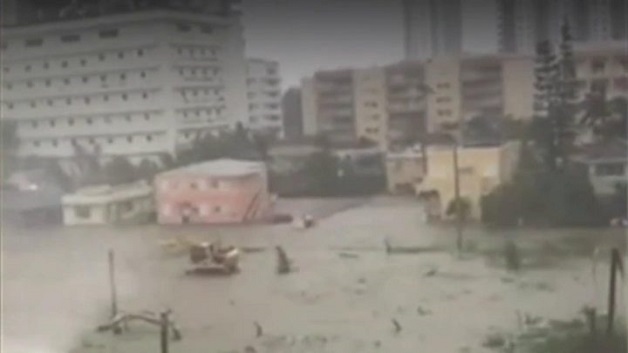 Relief operations are under way in Florida, as the extent of the damage from Hurricane Irma is becoming clear.

The storm weakened as it moved up the state’s western coast overnight but Miami and other urban areas have been battered and flooded.

Six million homes – 62% of the entire state – are without power. In the islands of the Florida Keys, officials have warned of a “humanitarian crisis”. Media reports link at least four deaths to the storm.

Irma, which hit Florida as a category four hurricane on Sunday, has now been downgraded to a tropical storm.

Florida Governor Rick Scott said it was “going to take some time” before people could return to their homes, the Miami Herald website reports.