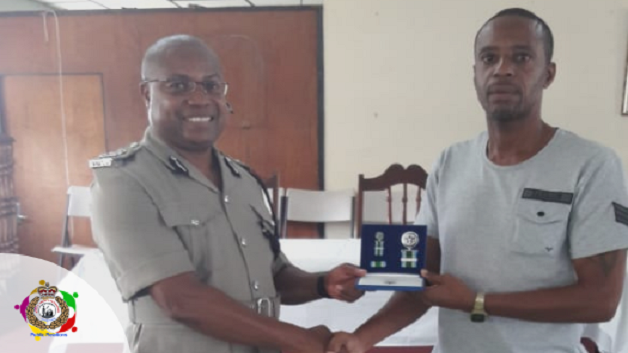 The Commissioner of Police Mr. Colin John has presented Regional Security System (RSS) Medals of Honour to a contingent of Vincentian police officers who were deployed to The Bahamas to perform humanitarian and security duties after the passage of hurricane Dorian which devastated the islands of Abacco and Grand Bahama.

According to Sgt. Morgan, he led a five-member team from SVG as part of a wider RSS contingent to the Bahamas where the team spent almost seven weeks on the island of Grand Bahama with the Rapid Response Unit.

Sgt. Morgan further stated that while there, the team assisted with traffic duties, house searches, stemming gang related violence, search and rescue and regular patrols. The officers returned to SVG on November 4th,2019.