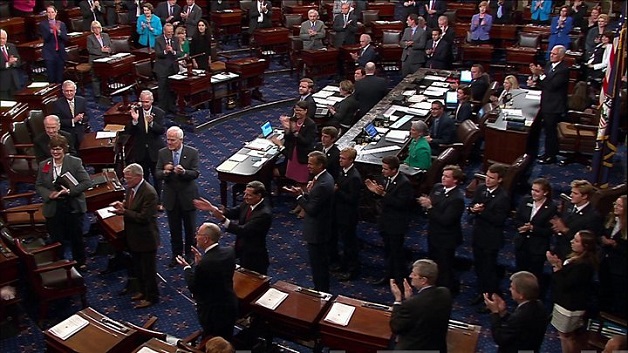 The US Senate has rejected a Republican plan to replace President Barack Obama’s signature healthcare policy.

The 57-43 vote defeat marks the start of a days-long debate on a sweeping overhaul that critics fear could deny healthcare to millions of Americans.

The Better Care Reconciliation Act (BRCA) was crafted over two months but attention now turns to other options.

According to BBC News, President Donald Trump has urged senators to pass a bill, without indicating which one he supports.

A repeal-only bill which would consign so-called Obamacare to history in two years to give time to Republicans to devise a replacement could be debated and voted on next.

But that measure – which non-partisan analysts say will take health insurance from more than 30 million people – has already failed to win enough support in the Republican party.

Windies and Sri Lanka to battle for Sobers-Tissera Trophy