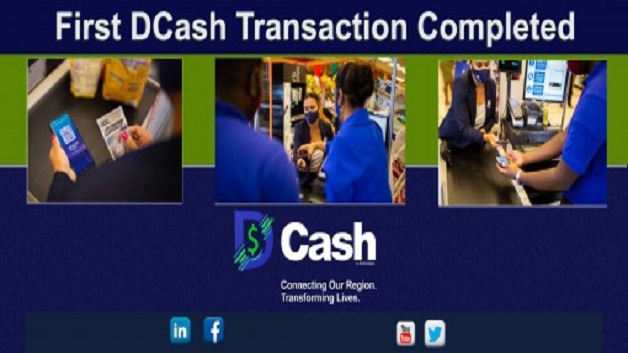 Commenting on this achievement, Governor of the Eastern Caribbean Central Bank (ECCB), Timothy N. J. Antoine said, “This transaction is a major milestone in our mission to place DCash in the hands of the people of the Eastern Caribbean Currency Union (ECCU). I congratulate Geo F. Huggins on making history. We are now on the cusp of the public launch of DCash. Get ready.”

He added that the ECCB is planning the public roll out of DCash by the end of March 2021.

The ECCB has begun issuing DCash, which is being used to make purchases, by select consumers from selected merchants as part of the closed segment of the DCash Pilot. This closed segment is the final step before the public launch.