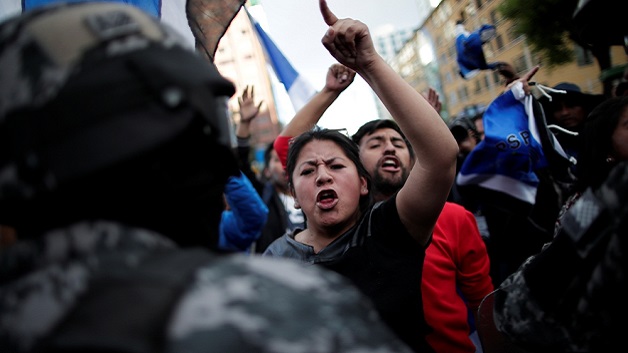 Bolivia’s electoral authority President Evo Morales was close to avoiding a runoff in his re-election bid, touching off protests by the leader’s opponents already upset by a sudden halt in the release of the vote count.

Crowds burned the offices of the electoral body in the southern cities of Sucre and Potosi, and protesters set fire to ballots from Sunday’s election in Tarija.

Groups of Morales’ supporters and opponents also clashed in a number of places, including the administrative capital of La Paz.

A monument to pro-slavery forces destroyed in Charlottesville