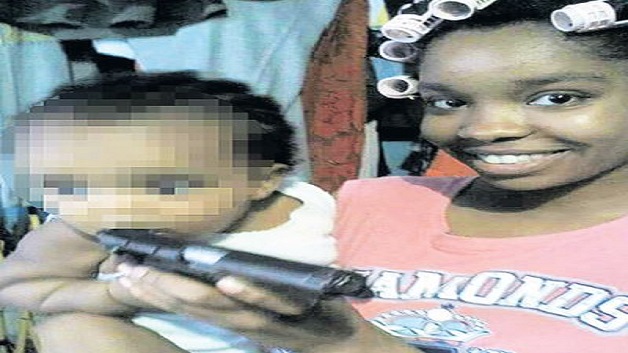 The Trinidad and Tobago Police Service (TTPS) is now investigating one of its own, after a photo surfaced on social media over the weekend of a woman holding what appears to be a gun near the head of a baby also in her arms.

In a release yesterday, the TTPS confirmed the woman in the photo was a member of the service and that the acting Commissioner of Police had since ordered the Professional Standards Bureau to start an immediate investigation.

“The public will be updated on the outcome of said investigation when completed,” the release added.

The photo drew scathing criticism from some on social media, since the woman seemed to be holding it close to the child’s mouth. However, close friends of the woman seen posing in a picture yesterday came to her defence, saying they believe the photo was maliciously posted onto social media.

The T&T Guardian understands a man the woman knew very well at the time took the photo. It is alleged the man is also a police officer and the gun belonged to him.