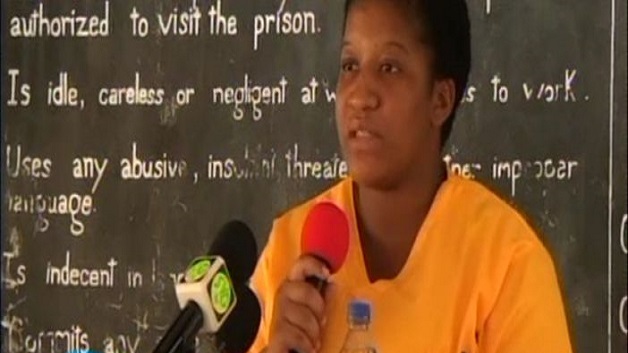 Joleen Williams, a female inmate at Her Majesty’s Prison, is the winner of the 2017 Prisons Public Speaking Competitions held on Monday as part of activities for Prison Service Week.

Seven inmates, including two females and five males, participated in the competition.

The topics for debate were “Should the business community partner with the Prison’s Authorities in the rehabilitation of offenders” and “Should society give offenders a second chance.”

Williams built a strong case for a partnership between the business community and the prison authorities in this country, to capture the top spot in the Public Speaking competition.

Superintendent of Prisons, Brenton Charles, said in his opening remarks that the topics were important ones which have an impact on the inmate’s ability to become productive members of society, upon their release from prison.

He commended the inmates who participated in the competition for their presentations and said he hope that their words will have a positive impact on how those who have served their time behind bars are treated when reintegrated into society.

Trinidad and Tobago Prime Minister warns against going to IMF