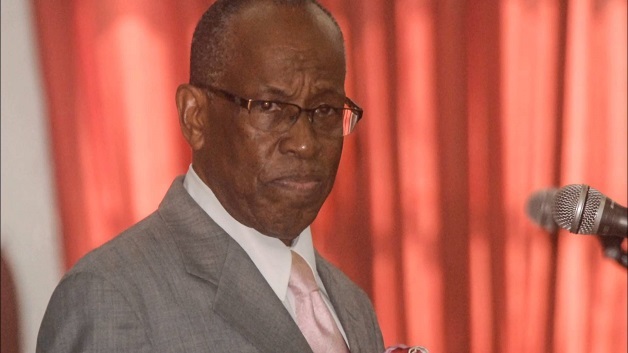 Minister Straker made the comment while delivering the feature address this morning – during an official closing ceremony of Trade Winds 2019 – held this morning at the Victoria Park.

Sir Louis said the exercise was geared towards, fostering partnership between law enforcement and members of the community.

He expressed gratitude the Royal St. Vincent and the Grenadines Police Force as well as the 114recruits from the 19 participating countries, whom he said have contributed significantly to the success of the exercise.

And US Ambassador to Barbados and the OECS, Her Excellency Linda Taglia-latela she was pleased with the combined initiative during the exercise.

While the Ambassador recognized the participation of the various countries, Taglia-latela commended the Government of St. Vincent and the Grenadines for hosting the exercises.

During this morning’s ceremony, a plaque presentation was made to Lieutenant General Michael Plehn- Deputy Commander for the US Southern Command.

Phase III of the exercise is expected to be held in Miami Florida next Month.

Approximately 18 simulation exercises were done during this week’s exercise.

Final arrangements being made for opening of Georgetown Medical Complex