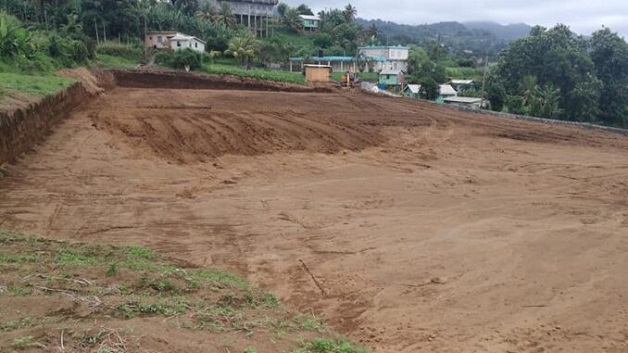 Young sports men and women from the villages of Evesham, Riley, Kelbourney, Collins, Carriere and Surrounding areas will soon have a sporting facility of their own with the development of a playing field at Windsor in Evesham.

Work has begun on the development of the sporting facility which will see a symbolic turning of the sod on Sunday October 11th, 3pm at the site of the playing field next to the Evesham Health Center.

The ceremony, will hear from residents of the area, Chairman of the National Lotteries Authority, Murray Bullock, Minister of Sports,Cecil Mckie, Minister of Education and Parliamentary Representative for Marriaqua, St Clair Prince and Prime Minister Dr. Ralph Gonsalves, who will deliver the feature address.

The ceremony will also include the unveiling of the sign for the field; this would be done by former Parliamentary Representative for Marriaqua Mrs. Girlyn Miguel and Hon. St Clair Prince. The turning of the sod will be done by the Prime Minister, Hon. Dr. Ralph Gonsalves and Evesham resident, Mr. Elroy Williams.