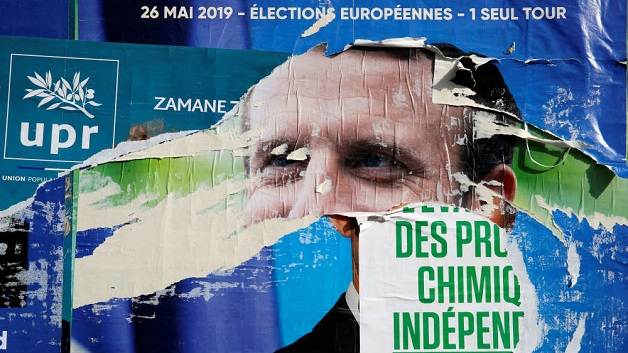 In Europe’s powerhouses, supporters of mainstream parties have woken to a bruising defeat and are carefully considering their future.

According to Al Jazeera News – more than 400 million Europeans in 28 member states including Brexiting Britain had been asked to cast a vote for a renewed five-year term of the European Union’s only directly elected body, the European Parliament.

Germany’s governing parties were dealt their worst results for 70 years, with Chancellor Angela Merkel’s centre-right Union bloc taking just 28.9 percent of the vote (down from 35.4 percent five years ago) and their Social Democrat allies receiving just 15.8 percent (down from 27.3 pecent in 2014).

In France, President Emmanuel Macron has faced calls to dissolve parliament after the far right stormed to victory in the European Parliament elections. The results did not trigger “a national crisis”, a government spokesperson told BFM TV, and Prime Minister Edouard Philippe “has all the confidence of the president”.

Both will have 23 seats in the European Parliament, but the far-right National Rally will receive one more if and when Britain leaves the EU and its seats are reapportioned among the 27 nations who remain in the bloc.