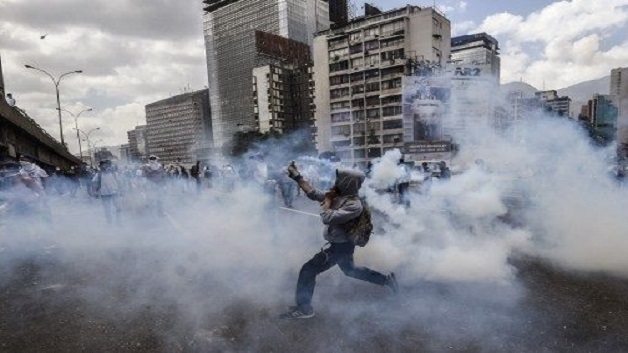 The European Union today called for calm in Venezuela after “highly regrettable” deaths during protests against the government of the oil-rich country.

The 28-nation bloc also called for an investigation to identify those responsible for the violence, as opponents vowed to hold fresh rallies to oust President Nicolas Maduro.

“We call on all Venezuelans to come together to de-escalate the situation and find democratic solutions in the framework of the constitution,” EU foreign affairs spokeswoman Nabila Massrali told AFP News Agency.

“Only peaceful and constructive engagement can halt the deterioration of the situation in Venezuela and build better prospects for its people.”

A 17-year-old boy and a 23-year-old woman died after being shot during the protests on Wednesday, while a soldier outside Caracas was also said to have been killed, bringing to eight the number of dead this month in a mounting political crisis.

Massrali added: “The acts of violence during the demonstrations in Venezuela on April 19 are highly regrettable. We are saddened by the deaths of a man and a woman and concerned at the reports of numerous persons injured.”

29 Medical students to receive White Coats when All Saints University holds its 16th...

SVG Teachers Union forced to postpone its 21st Biennial Convention due to concerns of...