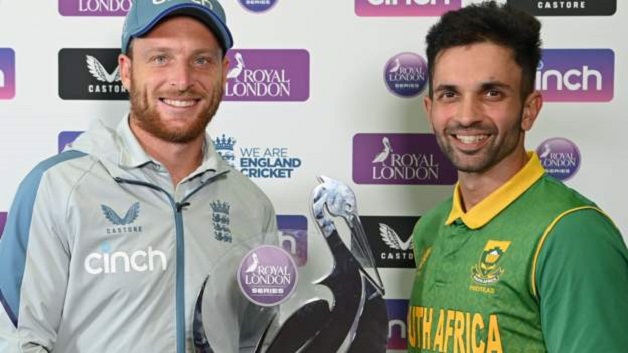 England will travel to South Africa for three rearranged one-day internationals in January and February next year.

The three-match series was originally due to be played in 2020 but England flew home after the Twenty20 leg following Covid-19 concerns.

The first two matches will be in Bloemfontein on 27 January and 29 January before the third in Kimberley on 1 February.

The sides drew a ODI series in England 1-1 earlier this summer.

Following next year’s repeat England travel to New Zealand for a two-Test series, which starts on 16 February.

England are also scheduled to tour Bangladesh for three ODIs and three T20s in March 2023.