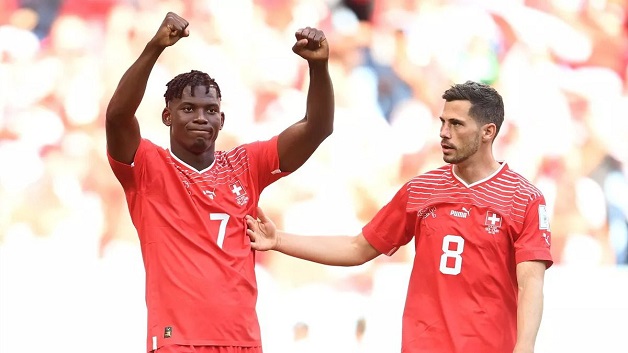 Switzerland’s Breel Embolo scored the only goal against Cameroon – the country of his birth – in a hard-fought World Cup Group G opener.

Embolo refused to celebrate when he finished off a slick Swiss attack shortly after half-time.

The Indomitable Lions were unfortunate to lose after an enterprising display at the Al Janoub Stadium in Qatar.

Victory was vital for Switzerland, as both sides still have to face Brazil in the group.

Embolo moved to Switzerland from Cameroon with his family as a six-year-old and pledged his allegiance to the European nation after being granted citizenship in 2014.