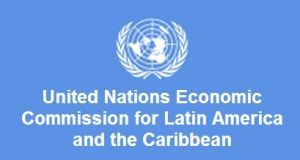 The Economic Commission for Latin America and the Caribbean (ECLAC) says the flows of Foreign Direct Investment (FDI) towards Latin American and Caribbean countries declined 21 percent during the first half of this year compared to the same period of last year.

On Friday, ECLAC said the decline for the first half this year amounted to US$88,717 million.

The data is the update ECLAC issues each year on the main figures of the “Foreign Direct Investment in Latin America and the Caribbean” report, the latest edition of which was launched in May.

Among the factors attributed for the decline are the fall of investments in mining and hydrocarbons due to the reduction of international prices, China’s deceleration and the region’s negative economic growth.