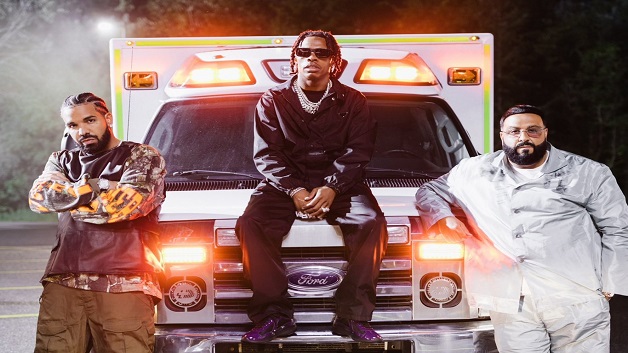 DJ Khaled continues to reveal morsels of what’s within his upcoming album, God Did, and it appears he has taken flight to Toronto to shoot a new music video with Drake and Lil Baby.

While working on the set a few days ago, the music mogul shared several behind-the-scenes moments, including a clip of himself and Drake saluting a Capleton dub.

Khaled was seen vibing with Drake and raising gun fingers to the booming 17-second snippet of the dub, as the ‘Fire Man’ sounded off.

Capleton is expected to appear on Khaled’s upcoming album.

Last month, the That Day Will Come singer was spotted recording with the producer, and, as Khaled puts it, he “burned down the studio.”