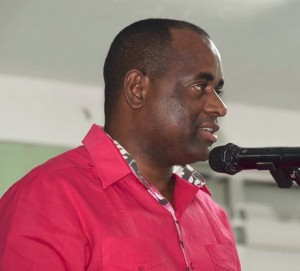 Dominica’s Prime Minister wants the populace to join hands and work together for at least four out of his government’s five-year term in office for the sake of country.

According to Dominica News Online, Prime Minister Roosevelt Skerrit said at a recent town hall meeting held in the community of Mahaut that if this happens, Dominica will progress at a faster rate.

Skerrit told the meeting – “We cannot be divided year round and expect to prosper. We cannot be so politically biased and blinded as to defend and uphold lawless and unlawful behavior.”