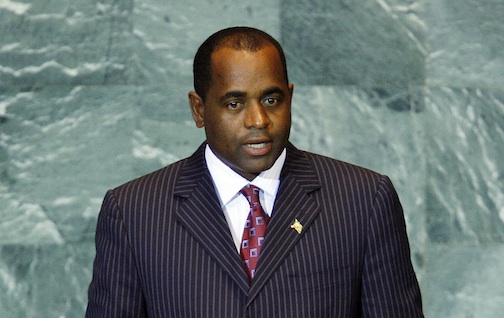 Dominica’s Prime Minister, Roosevelt Skerrit, has expressed his gratitude to the members of the Barbados Coast Guard and emergency personnel for their heroic assistance after certain parts of the island was devastated by Tropical Storm Erika on August 27th.

Skerrit, who was in Barbados for the ‘One Caribbean: The Concert for the Children of Dominica’ held at Kensington Oval on Sunday night, visited the Coast Guard headquarters on Monday.

He also thanked his Barbadian counterpart, Freundel Stuart, for giving the emergency personnel the permission to render such vital support to the people of Dominica in their time of need.