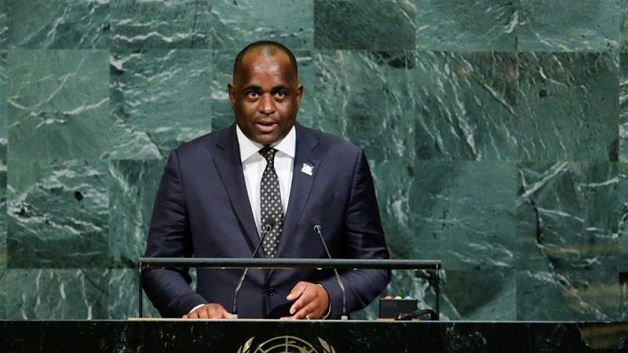 Dominicans head to the polls on Friday for a general election marred by protests and a corruption scandal uncovered by Al Jazeera.

The main candidates include incumbent Roosevelt Skerrit of the Dominica Labour Party (DLP) and Lennox Linton of the United Workers’ Party (UWP).

Skerrit has led the Caribbean island, home to 75,000 people, since 2004, but a failure to implement reforms and an alleged corruption scandal have cast a shadow over the vote.

On Wednesday, UWP supporters set up roadblocks, stopping traffic to the airport and forcing people to walk to the airfield.

The protesters said Skerrit had not acted on a promise to implement reforms aimed at decreasing the ruling party’s election advantage, local media reported.

Last month, local media quoted the prime minister as saying that he does not “help people in exchange for a vote. I help people because it is within me, and my heart, my conscience, to help those who help me.”

Meanwhile, Attorney General Levi Peter has welcomed the ruling by the Court of Appeal of the Eastern Caribbean Supreme Court that late Thursday night, dismissed an appeal by a group of Dominicans that was aimed at postponing today’s general election, to February next year.

Peter, along with President Charles Savarin, the Electoral Commission, the Chief Elections Officer and the state owned DBS radio had been named as the respondents in the application filed by the group of Dominicans, including the president of the Concerned Citizens Movement (CCM), Loftus Durand,  seeking an interim injunction restraining the parties concerned from holding the elections on December 6, or an any other date, prior to February 5, 2020 unless the procedures are fully in place to hold the elections.

Earlier this week, High Court judge, Justice Bernie Stephenson, ruled that the court had no jurisdiction to hear the application saying the elections in question “can only be challenged by election petition” after the polls had taken place.