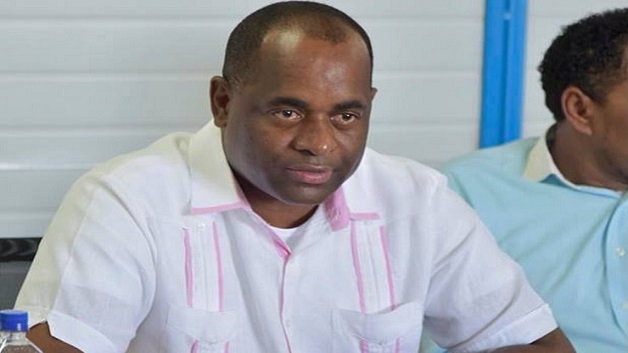 Dominica’s Prime Minister Roosevelt Skerrit has sought to assure Dominicans enrolled at the Cave Hill campus of the University of the West Indies in Barbados that their studies will not be compromised due to the challenges caused by Hurricane Maria.

Students have been outlining concerns about their ability to complete courses, given that their parents at home are now focused on rebuilding their homes and lives after the Category 5 storm destroyed the majority of houses on the island in September.

Skerrit, who made a brief stop in Barbados yesterday on his way home from meetings abroad, told the students that his government will do all in its power to keep Dominicans studying at home and abroad enrolled in current programmes, whether it be at primary, secondary or tertiary level.

“We do not want any student dropping out because [his or her] parents cannot pay the fees… so let the word go forth from here this morning that your continued studies here in Barbados is not under threat, and will not be frustrated or terminated by any action of my government,” Skerrit said, adding that their skills will be needed to rebuild the country.

He also appealed to the students to work with the government in “easing the strain and overall toll” that the current challenges being faced by the students will have on the public purse, and he warned that his administration will not tolerate negative behaviour or those who squander their opportunities for higher education.