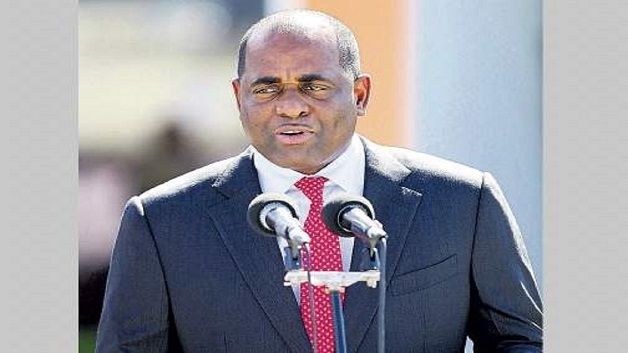 Dominica’s Prime Minister Roosevelt Skerrit Tuesday called on the regional private sector and other stakeholders to consider purchasing shares in the cash strapped regional airline, LIAT, saying that the company is vital to the continued development of the sub-regional and wider Caribbean Community (CARICOM) grouping.

Addressing a news conference following the two-day meeting of leaders of the sub-regional Organisation of Eastern Caribbean States (OECS), Skerrit was quoted by Caribbean News Service as saying, that it was necessary for regional stakeholders to move beyond mere words regarding the survival of the airline that employs over 600 people and operates 491 flights weekly across 15 destinations.

Earlier, Antigua and Barbuda Prime Minister Gaston Browne said that while his country is soon to start negotiations with Barbados to purchase its shares in the airline, the idea is still for other countries to acquire shares and help ensure the survival of the airline.