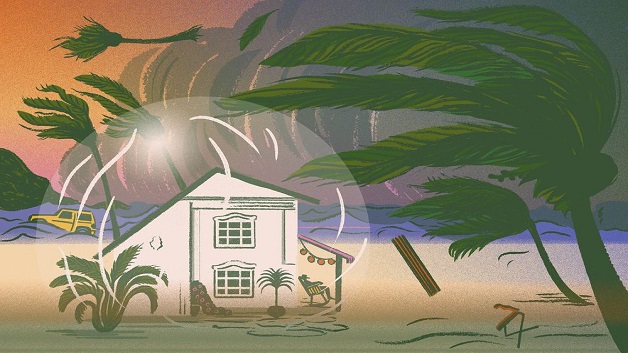 Two years after the passage of Hurricane Maria, the Caribbean Community (CARICOM) member state of Dominica is on track to become the first climate resilient nation in the world.

Five days after the hurricane, when Dominica lay in ruins after being ravaged by the Category storm, Prime Minister Roosevelt Skerrit addressed the United Nations.

Prime Minister Skerrit indicated then, his resolve to set Dominica on a path to become the first climate resilient nation of the world.

“Thousands of homes have been repaired and rebuilt and hundreds more are contracted to be built. New resilient housing units are being constructed all over the island, public utilities have all been restored, all children are back in school as of January 2018 although some schools remain to be rebuilt.

“The road network has been vastly improved and most of the damaged or destroyed bridges have been repaired or are being rebuilt to higher standards.

The rivers and water courses have been Sep 26, 2019 President of Dominica Charles Savarin addressing the United Nations General Assembly on Thursday, September 26, 2019.

Usain Bolt says retirement will be a joy as he prepares to hang up...