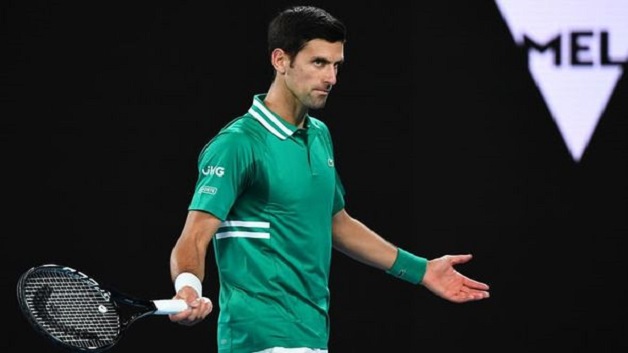 Novak Djokovic survived a scare and Nick Kyrgios saved match points as day three at the Australian Open caught the attention of the crowds.

Australian Kyrgios then produced a thrilling five-set win over Ugo Humbert in front of a rowdy John Cain Arena.

Kyrgios showed his usual mix of fiery antics and exciting shots to beat the Frenchman.

He fell to his knees after winning the match before sitting in his chair and shaking his head in disbelief.

Kyrgios has often said that the John Cain Arena, which is open to general ticket-holders, is his favourite to play on because of the atmosphere.