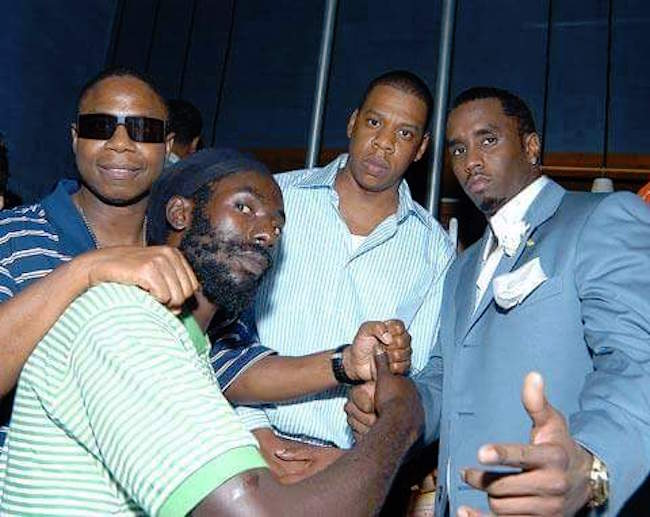 Buju Banton has received visits in prison from a lot of celebrities but Jay Z, Diddy and Doug E. Fresh are not among them.

According To Urban Islandz The above image have been circulating on a few websites and on social media claiming that the hip hop icons visited the reggae legend in prison recently. That is completely false and the photo is over a decade old.

The pic was taken in June, 2005 when at a launch party for Jay Z’s limited edition Audemars Piguet watch at Audemars Piguet Boutique in New York City. That was long before Buju Banton even dream of going to prison for drug trafficking.

Banton, whose real name is Mark Myrie, has had his 10-year sentence reduced by a mere 2 months, meaning that he could be released in the fall of 2018.