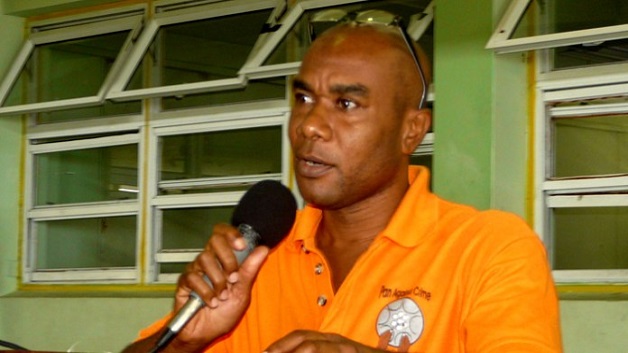 The Royal Saint Vincent and the Grenadines Police Force is appealing to members of the Vincentian public to desist from engaging in vigilante justice.

Vigilante justice refers to a person or persons taking the law into his/her own hands by trying and/or punishing another person without any legal authority.

Deputy Commissioner of Police, Frankie Joseph, speaking to reporters at a News Conference held this morning at the Central Police Station Conference Room in Kingstown said vigilante justice is for societies that are lawless, and the Police Force is in no way promoting or supporting such action.

Deputy Commissioner Joseph said that whenever someone commits a crime, he/she is by law innocent until proven guilty.

“Proving or disproving the innocence of any individual does not lie with any community, that must be determined in a court of law,” said Deputy Commissioner Joseph.

“Because in investigating one offence we do not want that we have to investigate a fatal offence and having that first offence unsolved, because we are the only investigative in St. Vincent and the Grenadines and we are responsible for investigating every single offence.”

While acknowledging that the Police Force is very grateful for the working relationship it has with members of the public, the Deputy Commissioner of Police is cautioning persons not to take matters into their own hands whenever they are aware that a person commits an offence.

This admonition comes in wake of an incident last week where residents of a community in North Leeward inflicted blows on a man who was reported to be wanted in connection with the alleged sexual assault of a minor.

A video of the incident was posted on social media.

In a Wanted Person Bulletin issued on May 14, 2018, the Police had said that the man, Simeon Francois also known as “Gabo” a 33-year-old farmer of Petit Bordel, is a person of interest into a report of abduction, attempt rape, indecent assault and assault bodily harm.

According to Deputy Commissioner of Police Joseph, the suspect is being treated at the Milton Cato Memorial Hospital and will be charged upon release from hospital.

2nd round of matches in this year’s Regional Under-19 Cricket Championship to be held...

Parents urged to encourage their children to use the school buses procured by the...