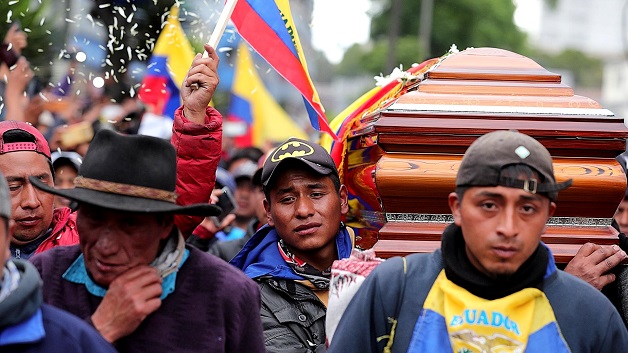 A large crowd in Ecuador has held a funeral for one of the protesters killed in days of violent demonstrations in the country.

At least five people have been killed in Ecuador following a week of violent protests.

Protesters responded with a nationwide strike.

Opening of Glossy Bay an asset to SVG’s tourism product